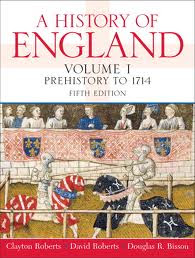 A short while ago, I decided to do a straight reading up on the history of my country. Not by a series of biographies or of any particular event; but a simple march through the ages exploring all the eras of the United States of America. The first challenge is to find books that try their best to explore from multiple perspectives in order to avoid just one narrow view, without at the same time surrendering a general narrative that is both readable and enjoyable. The second challenge is determining where to start. I suppose I could start at the American Revolution or all the way back to Mesopotamia. However, I decided to start with a general history of England seeing that the United States was originally thirteen British colonies. Although the American populace ancestry comes from all over, a most of our laws and customs—not to mention our language—comes from the old country. So with that I began with A History of England.

Clayton and David Roberts, who I am unsure if there is any family relation between them, wrote this book on the history of England that covers prehistory to the accession of King George I. This work was used as the textbook to a history of England class that I took in the early 2000s with Phillip Cole. It is a great work that takes the many different studies and approaches to history (social, political, great man, Whig, progressive, and even Marxist) and combines them into one master narrative. In its sixteen chapters, each covering specific eras of history, and explores that era through all angles though the peasantry to the royal family, to economic s and the arts. It is truly a great introduction to the little island that would at one point dominate the world.

“The most important fact in British history may well be that Britain is as island, and the most important date that moment—about 6000 BC—when the North Sea flooded over the lands that joined Britain to the Continent.” p.1 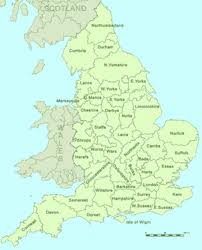 The Roberts duo points out that Britain’s status not only as an island but one that is close to the continent helped make it so unique it was close enough to be heavily influenced by Mediterranean culture but it’s being an island made so it was never completely swallowed up by it. From there the book goes on to cover the early people and the Roman invasion and the Roman Empire’s impact on the local culture. At the end of the Roman period, the Britons are invaded by a new group of conquerors crueler than the previous Roman occupiers: the Anglo-Saxons.


The Anglo-Saxons rule for centuries, they would give England its name ‘angle-land’, its monarchy, which would start out as several small kingdoms that would all be absorbed into one big kingdom. In the Anglo-Saxon period, England was more of a Scandinavian nation. It was the conquest of the Normans under the leadership of William the Conqueror would end Scandinavian influence. Under King William I, England would be a nation of continental Europe and the King of England arch nemesis would be the King of France. The Conqueror would also bring England into the age of feudalism. 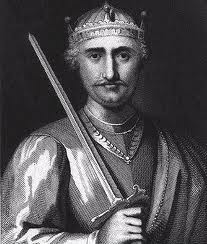 (King William I, the Conqueror)

The book then follows the evolution of England from that point forward, common law under Henry II, statue law under Edward I, and the signing of Magna Charta that would led to the eventual creation of Parliament. Also chaos, plague, and civil war would reign as royal Houses struggled for the throne. Tradition says the man who ended this was Henry Tudor, as King Henry VII. However modern scholarship turns to credit a different man, King Henry’s father-in-law, King Edward IV. 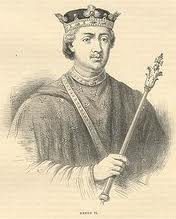 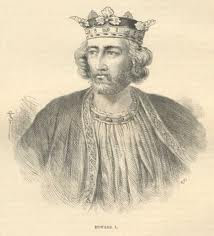 “He made the monarchy stronger than it had been since the reign of Edward I and began to restore order in the countryside. The fifteenth century presents the anomaly of a Crown, checked first by Parliament, then by an aristocratic council, then by civil war, suddenly reasserting itself and recovering its independence.” p.193 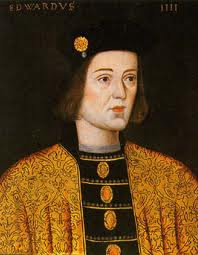 (King Edward IV, more important than generally given credit for.)

Although Henry VII may have just been following in Edward IV’s footsteps he was still a very important and wise ruler. Although the book states the King was more medieval than modern he kept a wise policy of peace before conflict which would help the kingdom recover its strength.

“In October 1492 Henry led an army out of Calais to besiege Boulogne. But within a month he made peace with France. By the Treaty of Etaples the two kings agreed to remain at peace with each other, not to support the other’s enemies, and to allow their subjects to trade on equal terms. In addition, Charles VIII agreed to pay Henry £5,000 a year for the next fifteen years. Like Edward IV before him, Henry had preferred a profitable peace to a ruinous war.”p.231 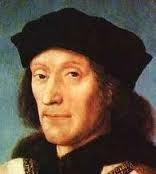 Unfortunately, he was followed by a rash teenager, King Henry VIII who ignored that policy. Although most scholars like to talk of Henry VIII’s many wives—six stories as opposed to one—this work discuss the reign of a King who let friends govern for him as long as they did a good job, and if they failed he killed them. Everything he did that was revolutionary was really more of an accident of securing other ambitions. King Henry’s break with Rome caused chaos in the next two reigns but Henry’s daughter Queen Elizabeth I would be a wise ruler who took England to heights it had not seen since King Henry II. 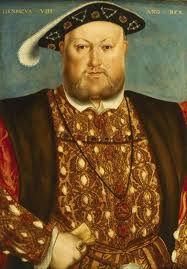 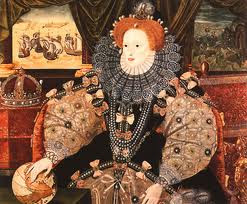 Elizabeth’s successors would not prove so lucky. Although James I did well enough, his son King Charles I would have a reign that would be marked by one tragic event after another.

“He proved to be a dutiful husband, a good father, and a disastrous king. He lacked the common touch that would have allowed him to communicate with his subjects, and he had none of his father’s shrewd intelligence.”p.337 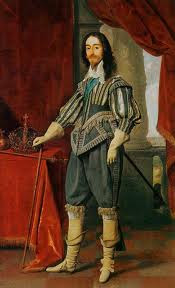 (King Charles I, failed king who lost his head.)

Over thrown by the brilliant generalship of Oliver Cromwell, Charles lost his Kingdom and his head. What happened to King Charles I was a shock to the world and England would fall under the yoke of a military dictatorship for the next decade of its history. This regime would oppress both religious/political decent and any form of expression that they deemed sinful. The Puritan regime would ultimately collapse and the monarchy restored in the person of King Charles II, but it would not last. When King James II succeeded his brother to the throne his devotion to Catholicism and ending oppression against Catholics resulted in his getting overthrown and replaced by his daughter and her husband, Queen Mary II and King William III. Known as the reign of ‘William and Mary,’ England would go to war against the Sun King, Louis XIV of France. 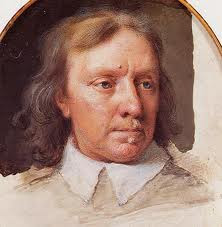 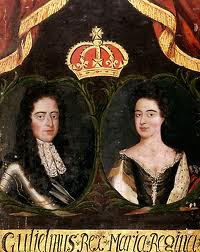 “Such an effort could not fail to affect English society. Because of the war, Parliament met every year and become an indispensable part of the government. Because of the war, the royal administration grew in numbers and efficiency. Because of the war, new financial institutions emerged, which split propertied society into landed and monied interests. At the same time, the values of commerce permeated all ranks of society and helped shaped English civilization. England entered the war a second-rate European power, divided from Scotland, unstable in its politics, and unsure of its colonies. It emerged a major European power united with Scotland, politically stable, and set on the path of imperial greatness. England became Great Britain. A nation that had endured a century of discord and revolution now entered a century of peace and stability.”p.413

The story ends with reign of Queen Anne who would led England through what was known as the Act of Union that would make England and Scotland join together in order to become Great Britain. When Anne died the Act of Settlement that had been passed on the accession of William and Mary, was altered to bring the House of Hanover to the throne. King George I, second cousin to Queen Anne and great-grandson of King James I would assume the throne of Great Britain.

I highly recommend this book to anyone who wishes to have a good introduction on the history of a little island right before historical events would led it to dominate the planet Earth in the coming centuries.

{Video from the BBC documentary A History of Britain.}