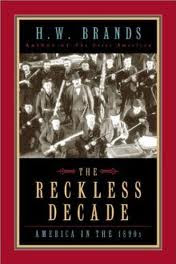 The Restless Decade of H.W. Brands is a book that lives up to its name. Brands takes his readers for a trip although out America in the last decade of the nineteenth century. Brands presents a nation that is on the edge, with the end of century that began with President John Adams and finished with William McKinley; saw the nation grow from the Appalachian Mountains to the Pacific Ocean; split in half and fight; and the saw the end of slavery and the beginning of Jim Crow, the American people were unsure of where they were going. The American frontier was closing and the people were unsure of where in the world they as people belonged and what their national destiny was.

The book begins in what is had been the traditional American story which, in our history, was all too familiar. It was the story of settlers trying to stake their claim to the west by going out and trying to settle a plot of land. But this time honored tradition was coming to a rapid close and the way it was closing was odd. In the past, the government did not hand out land based on organized land races but that was how the frontier was closing in Oklahoma. 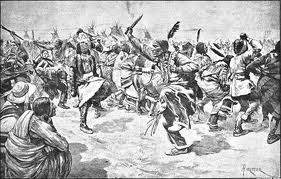 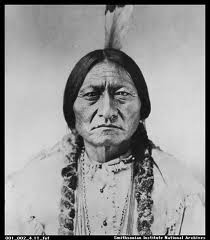 Brands makes his readers familiar with Frederick Jackson Turner, an academic who grew up on the frontier and who saw its closing as an inevitable disaster for the country. To Turner, the frontier is what had protected the Americans from the corruptions of monarchical Europe. With the frontier disappearing American democracy was going to be headed in a not-so-pleasant direction.

“The frontier had been the fountainhead of American democracy, Turner declared. With each stage in the march of settlement westward, Americans had been required to reinvent government, and this continual reinvention precluded the congealing of a political system in which power begot privilege and privilege monopolized power. 'The peculiarity of American institutions is the fact that they have been compelled to adapt themselves to the changes of an expanding people, to the changes involved in crossing a continent, in winning a wilderness, and in developing at each area of this progress, out of the primitive economic and political conditions of the frontier, the complexity of city life.' Where land was abundant and cheap, no one needed to kowtow to land lords or employers. Economic independence begot political independence; democracy was the child of the frontier, the natural consequence of free land.” (p.23) 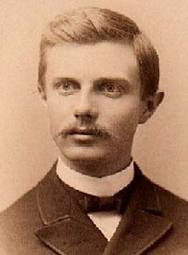 Brands does not stop at the vanishing frontier. He discusses the great industries that were rising up in this time period: oil, transportation, and steel. Brands describes the great industrialists that created these industries. These men were Andrew Carnegie, John D. Rockefeller and J.P. Morgan. Although they could be ruthless in their business dealings they were not all bad. Not only did they employ a great many people, but they also were very charitable with their wealth giving mass sums of money for good causes. It is interesting now in modern times where we have the government bailing out big business, back then J.P. Morgan single handily bailed out the Federal government saving it from default. 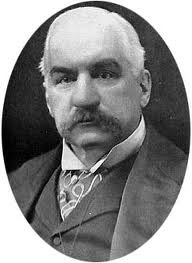 However, the Industrial Age also produced cities that were a living hell for the inhabitants. Brands quotes from the journalist Jacob Riis who wrote about the condition for the poor and the destitute who were struggling to survive. In addition, the conditions of the cities powered the fuel of the political machines, some of whom had been around since the beginning of the nineteenth century or earlier. The most famous was Tammany Hall, founded by Aaron Burr in end of the previous century. In 1890s, Tammany milked the spoils system to feed itself power, but that was not all, it also provided a huge social need for a great deal of the oppressed.

“'Politics are impossible without the spoils,' Croker answered. 'It is all very well to argue that it ought not to be so. But we have to deal with men as they are and with things as they are. Consider the problem which every democratic system has to solve. Government, we say, of the people, by the people, and for the people. The aim is to interest as many of the citizens as possible in the work—which is not an easy work, and had many difficulties and disappointments—of governing the state or the city. Of course, in an ideal world every citizen would be so dominated by patriotic or civic motives that from sheers unselfish love of his fellow men he would speed nights and days in laboring for their good. If you lived in such a world inhabited by such men, I admit there could be no question but that we could and would dispense with the spoils system. But where is that world to be found? Certainly not in the United States, and most certainly not in New York.'” (p.108)

The Industrial Age created a new idea of employment and unemployment, now with most people working for wages the ability to survive on such wages and the conditions in which they had to work became major issues. Also since the interests large corporations were now very distant from their employees and moved with profits primarily in mind, workers' unions were necessary to get attention to their plight and gain the power to negotiate. Brands talks about both these power struggles and the rise of Eugene Debs. 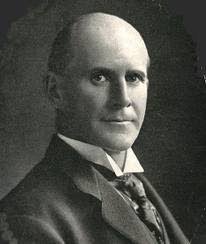 “Arrests of other A.R.U. Leaders followed, making a continuation of the strike almost impossible. By its liberal—or rather, reactionary—use of the injunction, the government had rendered illegal many acts that formerly had been accepted part of the give and take of labor management relations. Simply by advocating that workers leave their jobs, union officials found themselves liable to criminal prosecution. Some unionist complained that it would have been more straightforward to outlaw strikes altogether—but that would have required approval of Congress, which despite the conservatism in the air wasn't willing to go quite so far. The Cleveland administrations approach had the advantage for conservatives of not requiring the assent of the people's representatives.”(p.156)

Race relations took a turn for the worst in this period. With the end of Reconstruction in 1877 rights that African Americans had gained had been steadily chipped away. If the Supreme Court had done its duty when confronted with the problem in Plessy v. Ferguson things could have turned for the better. They did not and the mass injustice of this decision was elegantly stated in Justice Harlan's dissent* in which every word of it came true.

“Although Justice Brown spoke for the court, he didn't speak for all the justices. Associate Justice John Marshall Harlan vehemently disapproved of the court's decision and delivered a blistering rebuke to the majority in a vigorously phrased dissent. Where Brown had contended that the slavery issue was not germane to the Plessy case, Harlan declared that slavery was absolutely germane. The Thirteenth Amendment he said, 'not only struck down the institution of slavery as previously existing in the United States, but prevents the imposition of any burdens or disabilities that constitute badges of slavery or servitude.' To strengthen the Thirteenth Amendment, Congress and the people of the states had approved the Fourteenth Amendment; together, the two amendments 'removed the race line from our governmental systems.' Quoting an earlier decision involving the scope of the Fourteenth Amendment, Harlan explained that the Supreme Court declared 'that the law in the States shall be the same for the black as for the white; that all persons, whether colored or white, shall stand equal before the law of the States, and, in regard to the colored race, for whose protection the amendment was primarily designed, that no discrimination shall be made against them by law because of their color.'” (p.230) 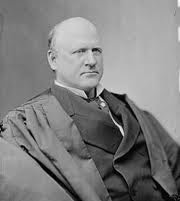 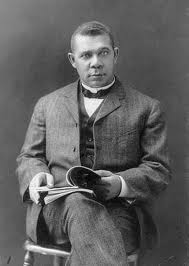 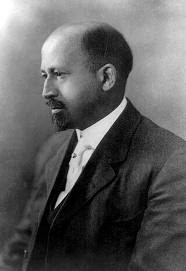 “The difference between the two men consisted chiefly in emphasis. For Washington, the training of the masses took priority. Like an army general gathering his infantry for attack, Washington intended to overwhelm the fortifications of the Jim Crow system by an assault across a broad front. For Du Bois, the education of the elite demanded initial attention. 'To attempt to establish any sort of system of common and industrial school training,' he said, 'without first (and I say first advisedly)--without first providing the higher training of the very best teachers, is simply throwing your money to the winds.' Du Bois envisioned the assault on the racial status quo as being spearheaded by commando units of the talented tenth. The commandos would breach the segregationist front by the force of their intelligent gifts of leadership, and they would thereby open the way for the rank and file to follow.” (p.250)

Also the election of 1896 was a transformative election that would preview how elections were going to be run in the coming century. The issue of the day was money, and whether to have a gold standard or allow for duel metals with silver coined as well. Brands introduces William Harvey and his alter ego 'Coin' who rallies the populists with the cry of free silver leading to the eventual nomination of William Jennings Bryan. However, popular Bryan may have been, he was to lose to William McKinley, whose agent Mark Hanna was going to redefine the political landscape. 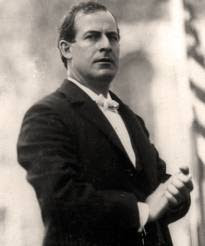 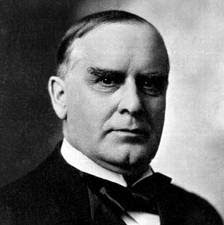 (William McKinley, 25th President of the United States who triumphed for gold and over Spain)

“At the same time, Hanna enlarged the scale of operations of the political manager. In much the same way that the great industrialists secured their markets and broadened their supply bases by expanding into adjacent regions and eventually across the country, so did Hanna. Even as he guided McKinley to election in Ohio, Hanna traveled neighboring states with a message that if Ohio fell to the forces of radicalism, Pennsylvania and Illinois and other states might fall too. In this fashion he forged a network that eventually spanned that nation. The network united, in a more orderly and effective way than before, the financial resources of American big business with the political resources of the Republican Party. It came together in the 1890s partly because of the same kinds of economies of scale and other centralization forces that produced corporate consolidation under Carnegie, Rockefeller, and Morgan, but equally because of the decentralizing forces that were producing the Populist revolt, the great labor strikes of the decade, and the outcry for free silver. The industrial lords and their political allies felt the need to band together against the anarchic tendencies they saw abroad in the land. To achieve their vision of America's future, they had to beat down the forces that wanted to take America's future, they had to beat down the forces that wanted to take America backward into a mythical past.”(p.266)

The world changed at an incredibly faced pace in the 1890s, H.W. Brands smooth narrative guides the reader on a journey to a world that is both very familiar at times and others unrecognizable. It is a book I highly recommend. The only real complaint I have is no visuals (photos, political cartoons, political election maps) which I think would have led to a richer experience.

*It is ironic that it was a former slaveholder who had the only sense of justice on that court.

{Video taken from the academy award winning movie Far and Away that was directed by Ron Howard, and the History channel documentary The Spanish-American War: Birth of a Superpower.}