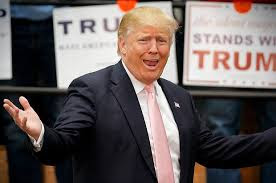 Recently Americans have been hearing rumors that President Trump may choose to pardon himself and if he does not pardon himself may pardon members of his family (say his oldest or his son-in-law) or friends (Michael Flynn).  This has triggered a debate in the media if a president could pardon himself and his family.  Or it was causing a debate until the President decided he would go harass transpeople who were trying to serve their county and thank the Boy Scouts of America for voting for him.   Now to if he has the power, I would actually say he does just because the President’s power of pardon is not limited in any way in the Constitution; and considering the Founding Fathers’ concern with checks and balances it is a surprising omission.

However what Trump is probably not aware of, and how could he be with this lack of knowledge of the US Constitution; US Government; or US history, is that a pardon can be problematic for another reason.  A reason I first learned when reading Bob Woodward’s Shadow: Five Presidents and the Legacy of Watergate.  That accepting a pardon is a kin to admitting guilt.  How so?  Read on.

President Richard Nixon decided not to take a chance on pardoning himself and the inevitable Supreme Court challenge that would create.  Nixon did not have a lot of luck with Supreme Court challenges of late.  So he waited on a pardon from President Ford.   At the time Woodward was angry about the pardon, but over time came to the same conclusion as the historical consensus that the pardon was the right thing.  Nevertheless, he still had an objection to the execution of the pardon.  Woodward felt that Ford should have insisted on a public confession and apology from Nixon.  That may have actually quieted down the uproar that followed.

President Ford pardoned Nixon because the issue had become a distraction and made it difficult for him to govern.  Ford knew Nixon would not accept a public shamming session so the show would go on if Ford chose the path that Woodward would have liked.  Ford did have one trick up his sleeve, or more so his pocket.  Ford carried around with him a copy of a Supreme Court decision from the time of Woodrow Wilson.  The decision was Burdick v. United States.  In this case poor Mr. Burdick was as a local editor was being squeezed by Federal prosecutors to reveal his source in leaked information from the Treasury department.  Mr. Burdick pleaded the fifth and refused to answer[1] on the grounds of protection from self-incrimination.   So the prosecutors contacted the White House and Mr. Burdick was handed a pardon by President Wilson.  Now he could longer plead the fifth.  Mr. Burdick still refused and the case went to the Supreme Court.  The Supreme Court ruled that Burdick did not have to testify because he had the right to reject the pardon.  Because a pardon was an act of forgiveness and by accepting a pardon he is in fact confessing to what he was being pardoned for.  His Fifth Amendment rights allowed him to refuse.

Ford offered Nixon a pardon.  Nixon accepted the pardon.  Nixon had confessed, and that had satisfied Ford’s personal morals even if it did not win over the American public.

If Donald Trump tries to pardon himself he is confessing to the world that he is a criminal.

If Donald Trump Jr. accepts a pardon from his father he confessing to the need for a pardon and considering the content of his emails we know what the pardon is for.

If Jared Kushner accepts a pardon he is a crook just as big as his father.

If Michael Flynn accepts a pardon then we can write the Russian Espionage case as a fact in the history books with Flynn being a modern day Alger Hiss.  The only question would be is the Republican controlled 115th Congress a group of integrity and character enough to do the right thing?  Or are they worthless weasels and we will have to wait for the 116th?

{Video is a clip from CNN}


[1] It is interesting he plead the fifth and not the first but these were different times.
Posted by Jeremy A. Perron at 12:45 AM No comments: