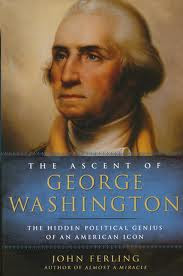 A review of John Ferling’s The Assent of George Washington: The Hidden Genius of an American Icon (2009)

It can be said that there are two people for every person, the person who we are perceived to be and the person who we really are.  This is extra true for public personalities, there is the identity that the public knows and who the person actually is.  From any reality T.V. star to the President of the United States, who the person really is maybe far different from the public perception.  For those who have graced the public stage the public persona continues to live on long after the real person dies.  If the person is famous enough then that individual has become, in a very real way, immortal.  This is certainly true with George Washington’s persona.

John Ferling’s book explores how the real George Washington conceived, crafted, created, and used his public persona to his and the nation’s advantage.  Far from being a disinterested man above politics George Washington is presented as extremely politically ambitious and creates an artificial poster of disinterestedness that was able to win over the American public.

As far as George Washington’s life goes, as Ferling himself acknowledges, this is not a traditional biography.  You find no information here that you would not find in any other book covering Washington’s life and in some ways is a lot less.  This book is primarily just George Washington, the real person, creating the George Washington the internationally recognized persona.  It’s almost as if the traditional ‘Father of our Country’ was just a character created and acted by this eighteenth century Virginian aristocrat.
Nevertheless the country clearly benefited.  George Washington served as a unifying force during the dark days of the Revolution, and the early days of the Republic.  Only he was popular enough to resist the type of criticism that was aimed at him for supporting the Jay treaty with Great Britain, a move that would prevent an ill-prepared nation from going to war the superpower of the day, the British Empire.

{Video is from "Biography,"}

Posted by Jeremy A. Perron at 3:53 PM No comments:

THE MEALS OF LEWIS AND CLARK 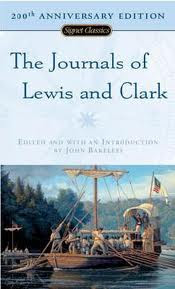 This has to be one most boring things I have ever read. I suppose I should blame myself for getting my hopes up, having read Julius Caesar’s Commentaries and the Memoirs of Ulysses S. Grant, I was expecting to read something good. Unfortunately, there is not much of that here. Out of the 382 pages in this book, there are about five to ten good and interesting letters. The rest of it is just dull. Since game was plentiful and the expedition was using only 1804 technology they did not carry many perishables. So in order to get their meat they hunted, and that is what consists of majority of their letters. ‘We went here today, shot X amount of animals from Y animal group.’ If you want to know what Lewis and Clark ate every day on their trip then this is the book for you. Towards the end of the book they run low on food, get desperate, and start eating their dogs. To their surprise they find they like eating dog for their meals. They rank dog meat as better than elk and most deer but not as good as buffalo. Lewis even mentions that they were almost never healthier! I thought about quoting some of good letters but I am not going to because after spending a week reading this book, I am really quite done with it. It is a real sleeper. The only reason I rank it a ‘2’ and not ‘1’ is I think John Bakeless did some fine editing and put in a lot of useful footnotes. However he cannot save the dullness of this boring work.

Posted by Jeremy A. Perron at 8:29 PM No comments: